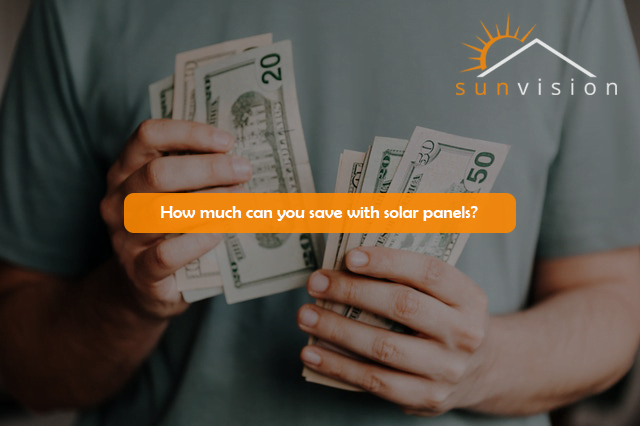 Our 25 Year Production Guarantee ensures that your solar system produces as promised.  Contact us for your free no hassle consultation today!

First, what are the benefits of solar panels?

Residential solar panels bring with them a wide range of different benefits, all of which are worth a closer look. For starters, adding them to your house will likely increase your property values as many studies have shown that buyers are more than willing to pay a premium for a home that has already been outfitted with solar equipment.

Likewise, your decision to embrace solar panels will go a long way towards helping to reduce greenhouse gas emissions like CO2 and others – allowing you to do your part to help leave this planet in a better condition than the one it was in when we found it.

Can solar panels really save you money?

One of the biggest benefits of solar panels is also the one most people are somewhat skeptical about: the cost savings. Solar panels tend to cost around $3 to $5 per watt, making the average cost of a system with installation between $15,000 and $25,000. Is it really possible to save that much money in the long run, making your investment worth it?

How Solar Panels Save You Money

At the same time, you also have to keep in mind that energy costs are always going up – right now, they’re increasing at a rate of just over 2% per year. That breaks down to about $120 per month.

Once a solar system is installed, however, it will immediately begin to offset nearly all of your energy demands. So right away, you can begin saving as much as $120 per month if your numbers match the ones in the example above.

Consider a state like Maryland, where the average price of a six KW solar system is approximately $13,276 after federal tax incentives have been applied. The average electricity rate in that state is $0.1385 per kilowatt-hour. This means that over the 20-year lifespan of a solar system, a homeowner with those specifics would save approximately $22,132 – or far more than the initial purchase price of the system.

Of course, there are a lot of different factors that will greatly impact how much you save – like whether you own your solar panels outright. Sometimes people decide to lease their panels from a dedicated provider and at that point, they’re not saving as much money per kilowatt-hour as they otherwise would be. The hours of direct sunlight your home gets, the surface area of your system and even your fluctuating local electricity rates will also play an impact.

But for most people, solar panels are a great way to reduce their monthly utility bills and make the type of low-risk investment that has the potential to more than pay for itself over the long-term.