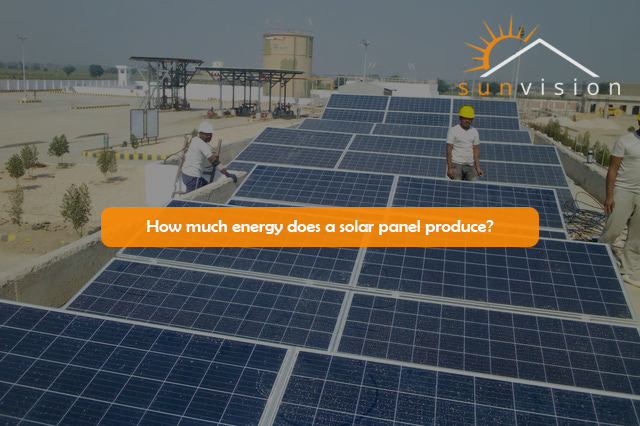 If you live in an area of the country that gets a significant amount of sun every day, one of the best ways to reduce your reliance on the local utility grid and do your part to help the environment at the same time involves installing residential solar panels on your property.

According to the Department of Energy, the amount of sunlight that hits the surface of the Earth in just an hour and a half is enough to take care of the entire planet’s energy consumption for a full year. This, in essence, is the idea that solar panels take advantage of.

When sunlight hits the surface of solar panels, a series of cells then use that energy to produce an electrical current. That electricity is converted from direct current to alternating current by way of the panels themselves. It’s then used to power your home and any excess energy that you generate is then either stored inside a nearby battery for later use or fed directly back into the local energy grid.

Either way, the end result is clear – you start saving money almost instantly.

But at the same time, all of this does demand the question – how much energy can a solar panel actually produce? Is a modestly sized system enough to generate enough electricity for an entire home, or are you going to be dealing with blackouts and other issues of that nature?

Thankfully, the answers to all of these questions are clear – they simply require you to keep a few key things in mind.

Breaking Down Solar Panels: An Overview

According to one recent study, most solar panels typically produce anywhere between 250 and 400 watts of power. The actual number will obviously vary based on a variety of factors including how much shade they experience, which direction they’re facing and how long the sun is in the sky in your area.

The important thing to keep in mind is that with a typical system, you’ll always be producing far more electricity than the average home actually needs. This is how people start saving money after installation – anything excess they generate can be fed back into the local electrical grid, which literally causes their electrical meter to rotate backwards.

It’s still important, however, to make sure that you’ve sized your system correctly in the first place. Not everyone’s home is the same and people’s electrical consumption needs tend to vary, too. This is why it’s so important to partner with the right solar panel installer in the first place – they can help eliminate all the guesswork from the equation, guaranteeing that you can take full advantage of all the benefits that solar has to offer.

So if you’d like to find out more information about how much energy your typical solar panel systems can produce, or if you just have any other questions you’d like to get answers to, please don’t delay – contact SunVision Solar today.