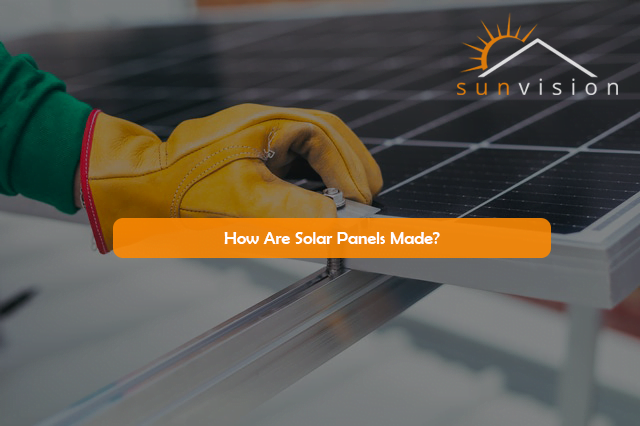 Solar panels are specially designed pieces of equipment that take energy from the sun and convert it into useable electricity, at which point it can be employed to power your home and other environments. But almost as fascinating as the process itself is how solar panels are made. They’re incredible precise components that leverage both the best of modern technology and science, and they’re definitely worth a closer look.

The Construction of Solar Panels: Breaking Things Down

Despite the fact that your average solar panel looks like one solid piece of equipment, it’s actually constructed of a series of cells – also commonly referred to as photovoltaic cells. These are themselves comprised of semiconductors, usually made out of a material like silicon, that absorb available sunlight and use it to create an electrical current.

The reason why silicon is so commonly used in the construction of solar panels has to do with the fact that it’s actually the second most abundant element in the world. It’s found in sand, among other areas, and is second only to oxygen in its prominence.

Other important parts of a solar panel system include the inverter, which is the component that is used to convert direct current electricity into alternating current electricity. This takes the energy from the sun and converts it into something that is usable in most homes and businesses across the country.

Special types of wire are employed during the construction of solar panels to make sure that energy can flow freely from one element to another. A 12 volt wire usually transitions energy from the surface of the panel to the inverter, for example. Bus wires are employed to connect the silicon cells together, allowing them to act as a single unit.

Finally, you have the mounting system – the element that makes sure that all of your solar panels are secured to either the ground or the roof of your home (depending on the situation) in the safest manner possible. Keep in mind that in the United States, solar panels typically need to face south for the best results. They also need to be mounted at approximately a 30 degree or 45 degree angle. The mounting system is what keeps those panels in place, allowing them to absorb as much of the sun’s energy as possible.

If you’d like to find out more information about how solar panels are made, or if you just have any additional questions that you’d like to discuss with someone in a bit more detail, please don’t delay – contact us today.